What Is Polystyrene Foam Board?

Polystyrene (PS) plastic is a naturally transparent thermoplastic that is available as both a typical solid plastic as well in the form of a rigid foam material. PS plastic is commonly used in a variety of consumer product applications and is also particularly useful for commercial packaging. 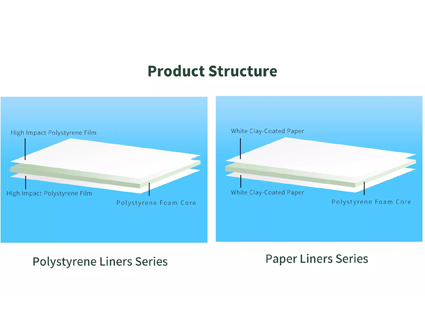 What are the Characteristics of Polystyrene?

Let’s examine some of the key properties of Polystyrene. Polystyrene is typically (but not always) a homopolymer meaning that it is composed only of the monomer styrene in combination with itself. Depending on the type of PS it could be classified as a “thermoplastic” or a “thermoset” material. The name has to do with the way the plastic responds to heat. Thermoplastic materials become fully liquid at their melting point (210-249 degrees Celsius in the case of Polystyrene), but they begin to flow at their glass transition point (100 degrees Celsius for PS). A major useful attribute about thermoplastics is that they can be heated to their melting point, cooled, and reheated again without significant degradation. Instead of burning, thermoplastics liquefy, which allows them to be easily injection moulded and then subsequently recycled. Thermoset plastics, by contrast, will not reliquify once they are “set” in solid form. 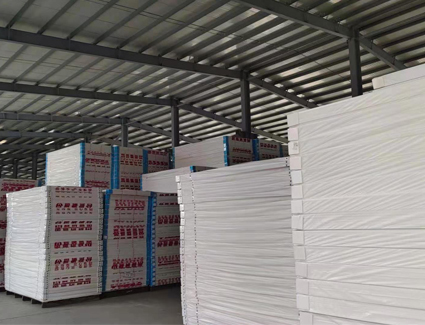 What Are The Different Types of Polystyrene?

What is Foam Board?

Foam board, also known as foam core or KT board, is a backing material widely used in framing art and photo mounting. It is made of an extruded polystyrene foam board covered on both sides with paper or plastic film. The board is like a  sandwich structure. This material is usually white or black in colour. The common board thickness is 5mm or 10mm thick. The most popular board size is 1220x2440mm ( 4ft × 8ft ).

As a foam core supplier, started from Chengdu Sichuan in 2003，Aibo aims to be “the leader of China’s board industry” since its business beginning. We are specialized in R&D and manufacture of board products such as PVC foam sheet, polystyrene foam sheet and PVC coloured foam sheet which are more lightweight, environment-friendly, economical, healthy and convenient.

Previous What Are the Types of PVC Foam Board?

Next What Is the Application of PVC Foam Board?